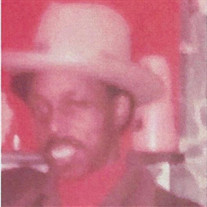 Today we celebrate the life of a husband, father, grandfather, brother and friend. William Taylor Strong, Sr. also known as William Taylor, was born to the late Arthur and the late Precilla Strong on July 10, 1938 in Ayden, North Carolina. On... View Obituary & Service Information

The family of Mr. William T. Strong Sr. created this Life Tributes page to make it easy to share your memories.

Today we celebrate the life of a husband, father,
grandfather,...

Send flowers to the Strong family.