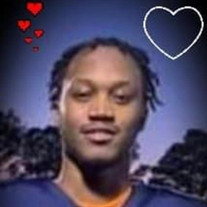 The family of Mr. Ti'Shawn Emillo Spence created this Life Tributes page to make it easy to share your memories.

“We are confident, I say, and willing rather to be absent from...

Send flowers to the Spence family.