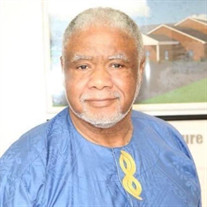 REV. DR. SIDNEY ALVIN LOCKS, JR. was born on February 5, 1949 in Opelousas, Louisiana to Rev. Sidney and Mrs. Gloria (Harris) Locks. In 1955, Rev. Sidney Locks was baptized at Little Zion Baptist Church, also in Opelousas, Louisiana, at an early age. He graduated from JS Clark High School in 1967. After high school, Rev. Locks achieved a Bachelor of Arts degree in Philosophy and Religion from Wiley College (now Wiley University) in Marshall, Texas. On graduation day in 1971, he would see the love of his life for a second time, Ms. Carol Ann Freeman of Pontiac, Michigan. This time there was no turning back. On June 2, 1973, Rev.Locks would marry Ms. Carol Ann Freeman in a beautiful ceremony shared with family and friends in Pontiac, Michigan. Two months after their beautiful wedding ceremony, Rev. Locks and Carol Ann Locks relocated to Atlanta, Ga where Rev. Locks was an associate minister at Mt. Pleasant Missionary Baptist Church. Rev. Locks would also complete his Master of Divinity from the Interdenominational Theological Center (Morehouse School of Religion) in 1974. In January 1975, GOD called Rev. Locks to the Sandy Grove Missionary Baptist Church in Lumberton, North Carolina. During his time as pastor at Sandy Grove, the membership was blessed with gifted teaching and preaching. The local community, along with Robeson County, were blessed with his GOD- given vision and passion to advocate for the least, the lost and the left-out. He would also serve in government positions that ranged from the Robeson County School Board to the North Carolina General Assembly representing Robeson, Hoke, and Scotland Counties. While living in Lumberton, North Carolina, GOD would also add four beautiful children; whom he continued to love and cherish until his passing. After fourteen years of faithful service as Pastor and Community Advocate in Lumberton North Carolina, GOD would call Rev. Locks and family to the Cornerstone Missionary Baptist in Greenville, North Carolina in December, 1989. Along with gifted preaching and teaching, Rev. Locks would continue in his call to community advocacy in the city of Greenville and throughout Pitt County. While at Cornerstone, Pastor Locks led in the development of a number of ministry-centric corporations; such as: Cornerstone Child Care Development Center, Inc (CCCDC), Holistic Housing, Inc, and Total Christian Ministries, Inc. He also served as co-founder of LIFE/STRIVE of NC. In 1999 under Pastor Locks’ leadership and in conjunction with other community pastors and leaders- Cornerstone became an essential hub for Pitt County and surrounding counties for recovery from Hurricane Floyd’s aftermath. As a result, Cornerstone became a safe haven during this time by providing food, clothes, cars, toys, homes, jobs, and many other essential resources. During his pastorate, God saw fit that Pastor Locks ordained a number of ministers and deacons. For more than 25 years, the Almighty God used Pastor Locks to lead, guide, direct, and mentor many individuals and families personally and from afar. While Rev. Locks chose to retire from pastoring in 2012 at Cornerstone, he continued to preach, teach, selflessly pour into, and Father many in the Kingdom. In 2014 Rev. and Mrs. Locks joined the Mt. Calvary FW Baptist Church where he humbly served Apostle Henry Brown and congregation as an Associate Pastor and Dean of Education. Pastor Locks served as President of the Black Ministers’ Conference, on the Advisory Board of First Citizens Bank, and was a board member for the Heart of Eastern North Carolina. He was chairman of the General Baptist State Convention. He has been awarded countless state and local awards for his contribution to public service and community development including, Pitt County’s 2000 Citizen of the Year and the Best-Irons Humanitarian Award in 2000. Rev. Locks was a member of Alpha Phi Alpha Fraternity, Inc. since undergrad at Wiley College, 33rd degree Mason, Alpha Phi Omega, Fraternity Inc, and many other service organizations. His legacy for serving God’s people continues to live on through churches across the nation, the local and state governments, the length and breadth of the State of North Carolina, and even throughout the United States. Rev. Sidney Alvin Locks, Jr was preceded in death by his parents, Rev. Sidney A. Locks, Sr. and Mrs. Gloria Levy (Harris); many family members, friends, and colleagues in ministry. Rev. Locks is survived by his lovely wife of 47 years, Mrs. Carol Ann Locks; two sisters, Rev. Charlotte Locks and Mrs. Martha Levine (Enrick, Sr.); one sister-in-love, Ms. Shelia Freeman; his four children, Sidney A. E. Locks (Tamisha), Frederick D. M. Locks, Odetta T. C. Locks Brown (Steven), James W. A. Locks; six grandchildren, Cade Alexander, Sidney Gabriel, Sydney Joy, Sophya Julianna, Tyra Renee and Aaron Jamal; three nephews, Albert John Keith Baptiste, Enrick Levine Jr., Kamani Osei Freeman Jones; along with a host of family members and dear friends.

The family of Rev. Sidney Locks, Jr. created this Life Tributes page to make it easy to share your memories.

Send flowers to the Locks, family.