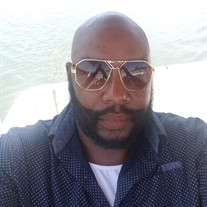 Due to COVID-19 restrictions, mandated by Governor Roy Copper the funeral of Mr. Michael A. Duggins will be by invitation only. The Heart of a Giant A Giver to All Michael Adrean... View Obituary & Service Information

The family of Mr. Michael A. Duggins created this Life Tributes page to make it easy to share your memories.

Send flowers to the Duggins family.