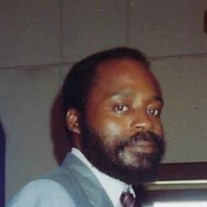 Elder Lee Norris Parker was born in Greenville, NC on June 14, 1948. He was the beloved son of the late Jarvis and the late Sylvia Parker. Lee Norris was the youngest of thirteen siblings. He attended the public-school system in Greenville, NC. After graduating from CM Epps High School in 1968, he went on to serve his country and joined the U.S Marine Corporation. Lee Norris was proud to serve as a U.S. Marine. He also served a tour in Vietnam. After his career as a U.S. Marine, Lee Norris was employed by General Electronics and also served as a bus operator for the school district in Greenville. Lee Norris had a strong passion for music, and he gravitated to playing keys at an early age. He played in multiple top 40 bands as a teenager. Lee Norris went on to serve as Minister of Music for various local churches in the North Carolina area. He was also called into ministry at Philippi Church of Christ in Greenville, NC where he and his family attended worship services. Lee Norris was a faithful servant to his calling. Lee Norris played a significant role in raising his nieces and nephews. He taught some of them how to play and sing many songs and they went on to become great musicians as well. Some of his favorite songs that everyone enjoyed hearing him sing and play where "The Storm Keeps on Raging”, "Rise Again" and "Wind Beneath my Wings". Lee Norris was a loving person who could make anyone laugh without effort because he had a natural gift for comedy. His nieces and nephews were his pride and joy... he loved them like they were his own children. Lee Norris loved ministering the word of God to anyone at any time. He truly enjoyed spending time with his family, singing, collecting cars, traveling, playing keys, listening to music, attending church services and he consistently encouraged and supported his family and friends. Elder Lee Norris Parker leaves to cherish his memory, sisters, Betty Joanne Lofton, Margie Moore (Marvin), Eula Parker; one brother, Clayton Parker, Sr.; nieces, Tempest Thomas, Karen Akosile (Fatai), Laura Weston, Jennifer Weston, Gwen Weston, Kimberly Williams, Sylvia Jean Parker, Tredine Parker, Mallory Parker and Bridgette Moore; nephews, Michael Wilson(Trayvois), Lewis Wilson (Tosha), Marvin Parker, Clayton "Chill" Parker, Jr.; a special dear friend, Valerie Cherry; a host of great nieces and nephews.

Elder Lee Norris Parker was born in Greenville, NC on June 14, 1948. He was the beloved son of the late Jarvis and the late Sylvia Parker. Lee Norris was the youngest of thirteen siblings. He attended the public-school system in Greenville,... View Obituary & Service Information

The family of Mr. Lee Norris Parker created this Life Tributes page to make it easy to share your memories.

Send flowers to the Parker family.