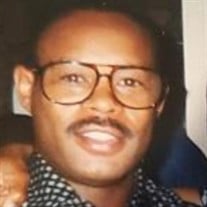 Elio Chacon Brown was born January 3, 1962 in Philadelphia, PA to the late Mary Elizabeth Brown and the late Joe Henry Brown. After battling cancer for four years, he departed this life on September 11, 2020 at the Seasons Hospice and Palliative... View Obituary & Service Information

The family of Mr. Elio Brown created this Life Tributes page to make it easy to share your memories.