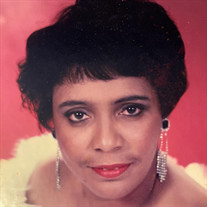 By all recorded accounts, Tuesday, October 11, 1949, was just an ordinary day. The sun had set the day before and was sure to rise again tomorrow. Time ticked away on clocks, just as it always had, but with the harvesting done, there was no need to make haste. No major world, state, or even local events interrupted daily life, and people--especially those in Eastern North Carolina--could just relax and enjoy the calming peace of a beautiful day. No one knows for sure what John and Julie Wilson of Bethel, NC, were planning to do on that quiet, early-autumn day, but what they actually did would prove to be anything but relaxing or ordinary. It was on this day that they welcomed into the world their first daughter, Delories. In school--both Bruce-Falkland and HB Suggs High School--Delories was known for her quick wit and congenial manner. Preferring funning to fighting, she was sure to make fast friends and few enemies. If others recognized her more as a “fair weather” friend, Carlton “CD” Gay recognized her as far more, and on August 1, 1968, the two wed. Although they began their lives as husband and wife in Greensboro-- where Delories would spend her working life with Burlington Industries and where the two would later welcome into the world their one and only child Andre’--Delories and CD would spend years apart but ultimately find themselves reunited in 1996 to fulfil their vows ‘‘til death do us part’’ back in Eastern, NC. Those years apart, however, were not without benefit, for during this time she and Andre’ forged and then nurtured a relationship many sons (and daughters) would envy--one of absolute support and unfailing encouragement. The love perfected borne of this maternal bond has grown--and is yet to grow--within and through her six grandchildren, Sharne G. Ward, Asia Gay, Destene G. Robinson, Onya Gay, Deona Gay and Niya Gay; two great grandchildren, Ananias and Adonai Robinson; one grand godchild, Kayla Mitchell; one sister, Missionary Debra Brown; one uncle, Earl Wilson; six brothers-in-law, Herman Gay (Sherlene), Marion Barnes (Edith), Ronald Gay (Ruth), Donald Gay (Lawan) and Grady Gaskins; three God brothers, Bishop James E. Tripp, Jr, Kelly DeWitt, Thomas Wilkes; God sister, Betty Jean House; a host of nieces and grand nieces, nephews and grand nephews, cousins and all who were fortunate enough really to know her. By all accounts, Tuesday, September 28, 2021, was an extraordinary day. Time and the Sun continued their measured treks even while world, state, and local events interrupted our daily lives, and many people found it impossible simply to relax. We who are gathered, here, have one consolation, though--knowing that the He who has overcome the world welcomed home our own...His own...Delories Wilson Gay: she can simply rest and enjoy a beautiful day that has no end.

By all recorded accounts, Tuesday, October 11, 1949, was just an ordinary day. The sun had set the day before and was sure to rise again tomorrow. Time ticked away on clocks, just as it always had, but with the harvesting done, there was... View Obituary & Service Information

The family of Mrs. Delories Gay created this Life Tributes page to make it easy to share your memories.

Send flowers to the Gay family.