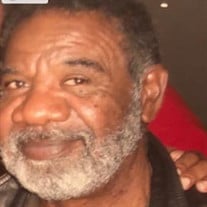 Alfonza Jenkins (aka Big Al, Fatboy, Sam, or Bay) joined Cleveland and Ellen Jenkins’ clan on August 15, 1940. Preceding Al’s arrival were Cleveland (Shirley), Betty (James), Cora (Howard) and George (Vilene). Judy, Jessie, and Clarence followed Al’s arrival. The Jenkins lived on the Walker Farm in Conetoe, and Al attended Dogtown Elementary, Chinquapin and West Martin Schools. Al’s namesake, Alphonso Jones, and his wife, Maggie Francis Parker Jones, were extremely instrumental in rearing Al and shaping the man he became. Al deemed the Jones’ children, Vernell Jones Crowder (Kirk) and Jimmy Earl Jones (Delois), to be his younger siblings. Al was also very fond of the Anthony family and his brother John Knight. At a very young age, Al dreamed big and felt that the South and its discriminatory traditions, particularly sharecropping, would stifle his dreams. Hence, Al migrated to Washington, DC, and landed his first job at Quick’s Carwash. Always, when hearing the 1970’s tune “Car Wash” by Rolls Royce, a smile would come to his eyes. Later, as an employee of Diener’s Tile and Linoleum, Al learned all that he could about the installation of hardwood, carpet, tile, and sheet vinyl. He obtained certification from the Armstrong Flooring Installer Program in Lancaster, Pennsylvania, before launching his first business, Al’s Tile and Linoleum Company. The company, at its height, was a storefront in Northeast, DC, with a 5 van fleet and 10 employees. It was not uncommon for Al to profess that he was the “best tile machine in Washington, DC.” In the midst of learning his trade, Al met a short lady named Peggy Joyce Moore who became his wife and business partner, but most importantly his “ride or die” for 50 years. Their union was unconditional and unbreakable. Al’s children (Alfonza, Jr. and Peggy Marie, and Beverly Manley (Heward) were his pride and joy. He often embarrassed his kids and grandkids (Justin, Brandon, and Holden) by bragging about their skills and talents. Al worked 14-16 hours per day to achieve his goals and had less than zero patience if he thought his loved ones were not fully utilizing their “do it fluid.” Al’s next entrepreneurial endeavor was Al’s Robins Nest in Oak City, North Carolina. The club opened in the late 1970s and ultimately closed in 2009. He always staffed the club with family and friends. In 1981, Al acquired Little Mint Restaurant in Tarboro, North Carolina, and changed the name to Al’s Chicken Restaurant, which remained open until the 1999 Princeville flood. While running that business, he employed 10 additional family members. Because Al loved his family, he pursued businesses which benefited himself, as well as many family members. Al also operated a corner grocery store while living in Washington, DC. With each business venture, Al was the Chief Executive Officer (CEO), and wife Peggy Joyce was his Chief Financial Officer (CFO). In 2006, Al and Peggy Joyce retired in North Carolina, and living was easy. Peggy Joyce and Al joined Conetoe Chapel and deemed Pastor Richard Joyner and his brother William Joyner their sons after the death of their son, Al Jr., in 2007. They enjoyed the fruits of their hard work until illness struck. In spite of her illness, Peggy Joyce cared for Al un-til her passing in 2016, when she expressly passed the caregiving baton to their baby girl. With the help of family (those cousins), friends, and church members, she ensured her dad remained in his home (as he had always dreamed) until his passing. Those closest to Al Jenkins will remember him as a car aficionado who also loved deep sea fishing and playing spades. He was infamous for “talking trash” at the spades table and enjoying music at the local “hole in the wall.” Al worked hard and played hard. He was an outspoken, generous soul who had a vision for himself and his family. From day one, Al Jenkins was a fighter and a dreamer. Certainly, he enters heaven making waves and reconnecting with lost dear ones—Peggy Joyce, Little Al, Clyde, his mom and dad, Mom Mary, Maggie Francis, Duke, Eve, Cleve Jr., Baby and his best friend, Red Barnes. As Al’s ship sails away we may sadly think, “There he goes,” but they call out joyfully, “Here he comes!”

The family of Mr. Alfonza Jenkins created this Life Tributes page to make it easy to share your memories.

Send flowers to the Jenkins family.